Thank you for signing up! You should see a welcome email in your inbox soon.

In 1917 the Malvern City Council purchased 7.25 acres of land at the rear of properties facing Repton Road. Malvern’s first parks and gardens curator, Thomas Pockett, prepared plans for the park including a gardener’s cottage and a motor garage. The cottage was demolished in 1997 but the garage remains.

In 1918 the park was laid out with a serpentine avenue of 12 year old elm trees that were removed from Paxton Street. Shrubbery borders were planted and a cricket pitch was proposed. In 1923 a cyclone fence was erected on both sides of the walkway from Waverley Road to Ardrie Road to safeguard against stray dogs.

The tennis courts were built after the park was established and the brick pavilion and toilet block were erected in the 1970’s. The large timber building adjacent to the courts was relocated into the park from the Presbyterian Church tennis courts on Waverley Road. It also contains BBQ facilities and a playground. 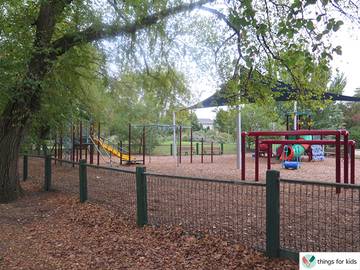